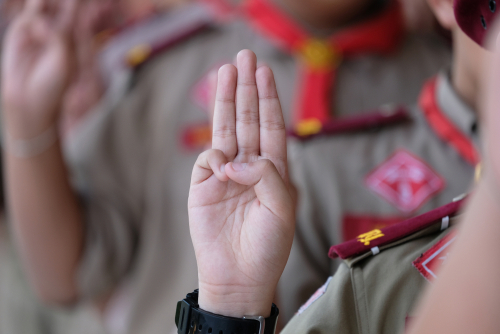 In the past, the statute of limitations of each state controlled how much time a person had to file a sexual abuse lawsuit. Often, the deadline is only a few years. The deadline would pass without the people responsible for sexually abusing children having to answer for their actions. A child cannot file a lawsuit, and many children did not tell their parents about their abuse—or they were not believed when they (tragically) did inform their parents.

In response to the public outrage about the Catholic Church and other large organizations getting away with protecting these sexual predators, some state legislatures passed laws that allow some sexual abuse victims to sue their abusers years later—when the victims became adults. For example, the New York State Senate passed the Child Victims Act, which opens a “look-back window” that allows victims of childhood abuse one year to pursue justice. Many victims finally get a chance to hold abusers accountable.

Some groups, like the Boy Scouts, relied on their liability insurance to pay claimants who alleged sexual abuse. Eventually, the insurers refused to cover subsequent claims, saying that the insurance policy required the Boy Scouts to notify the insurance company of potential claims. Insurers say that the Boys Scouts was aware of the sexual abuse but did not provide the required notification of events that could lead to liability claims.

The Assets and Revenues of the Boy Scouts Organizations

Without the liability insurance coverage footing the bill for the sexual predators within the youth organization, the Boy Scouts has to pay litigation costs and out-of-court settlements out of its own funds. The entity had revenues exceeding $285 million a year, based on a recent tax return—according to National Public Radio (NPR) reporting. The organization’s total assets are more than $1.4 billion. Local clubs and related groups have around $3.3 billion in assets.

NPR states that the Boy Scouts of America filed for bankruptcy and set up a trust fund to pay claimants. As with any bankruptcy case, creditors will have a deadline by which they must submit claims to the court. Depending on the deadline the court approves, a sexual abuse victim might have less time than he might otherwise have to bring a formal claim for compensation.

The National Chair of the Boy Scouts of America, Jim Turley, acknowledged in a public letter to people who were victimized while in the Scouts that some volunteers and employees ignored the organization’s procedures or looked the other way. Turley called these acts heinous and unforgivable. NPR reports that he said that the Boy Scouts “failed the very children [they] were supposed to protect.”

Turley expressed outrage at the actions of those volunteers and employees and apologized to the victims. He said that the organization is setting up a trust fund and urged victims to file claims for compensation.

Mass tort lawyers can help to get the word out to potential plaintiffs that there is a compensation fund, and they have only a limited time to file claims. If a victim does not file a claim by the deadline, there might not be sufficient funds remaining to pay compensation. Also, the Boy Scouts of America could dissolve the organization—even though only they filed a Chapter 11 bankruptcy case.

We can design and build a marketing campaign that goes after potential plaintiffs who might have a sexual abuse claim against the Boy Scouts of America. Time is critical because of existing statutes of limitations and similar time limits or “look-back windows”—like that of New York’s.

X Social Media is an advertising agency that specializes in Facebook and Instagram marketing strategies and implementation. We can create original content that educates the public about the Boy Scouts’ trust fund for claimants and guides potential plaintiffs to your website.

We help lawyers all across America grow their law practices through targeted advertising. Whether you want to generate brand new leads or market to entirely new demographics, we can help.

At X Social Media we take pride in delivering top-shelf service to our clients. Every client has a Dedicated Digital Marketing Manager—your Xpert—who works directly with your firm. Our work can capture information about leads and direct interested individuals to your website, or a landing page we can create for your specific mass tort case.