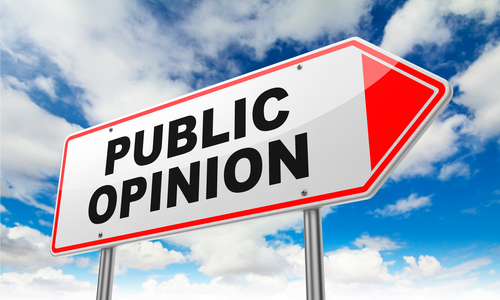 The connection between public opinion and mass torts is clear. Through mass torts, millions of Americans become aware of the dangers of certain products. There is often a public outcry against the companies that manufacture items that harm many thousands of people.

When investigations and the pre-trial discovery process in mass tort litigation uncover evidence that a company knew of the likely injuries but made and sold its dangerous products anyway—merely in the name of making money—the reputation of that corporation can become tarnished.

When the general public begins to see a particular corporation as a heartless organization that does not value human life or safety, people may be less hesitant to file a lawsuit against that company. “Putting profits over people” is a popular phrase used to describe the kinds of actions that negligent companies exhibit after it becomes public knowledge that they acted in their own interest (to the detriment of the consumer). You often hear this language in mass tort advertisements that influence the public to get involved.

Nationwide advertising to recruit plaintiffs for a specific mass tort lawsuit circulated by personal injury lawyers—like the shingles vaccine cases—informs people who might otherwise not be aware that a product is unreasonably dangerous. Most people assume that there are some risks with any medical procedure. So, if they had an adverse outcome, these individuals might shrug their shoulders and think that they merely had terrible luck.

When someone sees an advertisement about a product they used, the person might learn that the pharmaceutical company deceived doctors and patients about known risks of the product and how the liable company exaggerated the product’s effectiveness. Also, the legal ads might help a person connect their harm to the product that caused the damage.

Let us say that someone died from a ruptured blood vessel after having a stent placed in his heart surgically. The surviving loved ones might not realize that some defective stents can come apart, and the sharp pieces of the stent can travel through the blood vessels, ripping them open. Only when they see a mass tort lawyer’s advertisement do the survivors realize that the stent might be the cause of their loved one’s death.

When public sentiment is negative about some segments of the business world, mass tort lawyers might be more likely to bring lawsuits against companies in those sectors.

There was a great deal of ill will toward the banking industry after the great recession that officially began in 2007 in the United States. Greedy mortgage companies and other lenders issued high-risk mortgages that—along with mortgage-backed securities and derivatives—led to the collapse of the U.S. housing market.

Fallout from the Great Recession

Many people lost their jobs, homes, and life savings during the recession. Their credit ratings got slashed. They had to sell off their investments and cash out their retirement accounts at bargain-basement prices just to survive. The banking and investment companies, however, received massive bailouts—in addition to the extraordinary profits they had already made from their reckless actions that caused the economic crisis.

It is no surprise that there has been a flood of lawsuits against banks for fraud, fake accounts, and other unethical behavior in the years since the recession. Wells-Fargo, for example, settled a civil lawsuit in 2020 for $3 billion for fraudulent business operations, according to NBC News reporting. Public sentiment tends to cheer on such lawsuits against huge corporations that treat individuals as if they have no value.

At X Social Media, we offer the full range of services that lawyers need when recruiting plaintiffs for mass tort litigation. We can create unique content that educates the public about dangerous products and the harm they can cause. We can craft a marketing plan and design a campaign tailored for the geographic markets you select.

These are but a few examples of the many advertising and marketing services we provide for law firms.

We specialize in Facebook and Instagram campaign planning because most of your likely clients spend time there regularly. Investing in well-written Facebook advertising can help to grow your business. We can create a Facebook page for you or optimize the one you already have. The landing pages we build can grab the attention of your target market and direct traffic to your website.

When we handle your marketing, you can devote your time and attention to the practice of law. We know how busy attorneys are, and we respect that fact. We are an advertising agency that prides itself on delivering personal service that will amaze you. We assign a Dedicated Digital Marketing Manager to every one of our clients, so they always have someone to contact directly with questions.