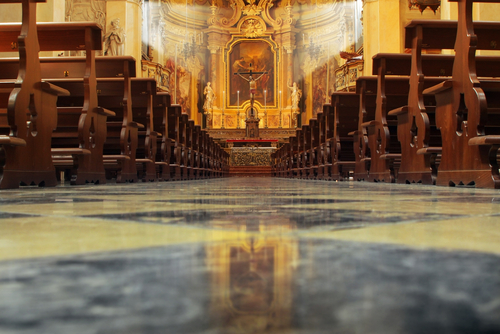 Back in 2002, The Boston Globe unleashed a story that highlighted sexual abuse from Catholic priests, which led to a wave of mass torts and class-action lawsuits.

This is leading to new cases and mass torts popping up across the United States. Until recent years, younger victims of abuse at the hands of either Mormon or Catholic churches could not file a lawsuit if they did not bring up their claim within the statute of limitations, which in many states was two years.

While the First Amendment watches over churches for government intrusion, it cannot hold back sexual abuse victims from bringing up a lawsuit against them. With some states instilling new statute of limitations laws, Mormon and Catholic Church sexual abuse mass torts may continue to spike.

The Mormon church, also known as the Church of Jesus Christ of Latter-day Saints (LDS), has faced its own troubles with sexual abuse cases. Most recently, the Mormon church was handed a class-action lawsuit that claims their church is a “scheme of lies.” Furthermore, a recent report from VICE News found that the Mormon church has funneled sexual abuse claims directly to clergy lawyers only and not to law enforcement.

There have been many mass torts and class-action lawsuits filed against both the Catholic and Mormon churches over the years. In the Catholic Church, over 7,000 priests or clerics have been accused of sexual abuse toward minors between 1950 and 2019.

Back in 2018, a Pennsylvania grand jury determined the Catholic Church protected over 300 priests who were sexually abusing victims. The case also revealed that over 1,000 young victims were identified. The church created an environment that allowed for priests to get away with sexual abuse while the crimes were never reported properly to law enforcement.

Over the years, there have been some large settlement payouts for victims of sexual abuse in churches. For instance, an archdiocese in St. Paul, Minnesota, paid out $210 million to abuse victims back in 2018, according to NBC News. That same year, the New York Post reported that an archdiocese paid 278 abuse victims nearly $60 million within the past two years. Back in 2015, an archdiocese in Milwaukee, Wisconsin, agreed to a settlement package with 330 sexual abuse survivors. The settlement reached $21 million and also included a $500,000 therapy fund, according to The New York Times.

Settlements over the years against churches have continued to result in massive payout for survivors, as exemplified by the cases mentioned. Ultimately, financial compensation can help sexual abuse victims find justice.

Call X Social Media today at (888) 670-0006 or contact one of our XPerts online with your advertising goals and monthly budget information.